It’s important to note that different interfaces are tailored for different workflows. Some clients only expose only a carefully curated subset of Git functionality, in order to support a specific way of working that the author considers effective. When viewed in this light, none of these tools can be called “better” than any of the others, they’re simply more fit for their intended purpose. Also note that there’s nothing these graphical clients can do that the command-line client can’t; the command-line is still where you’ll have the most power and control when working with your repositories. 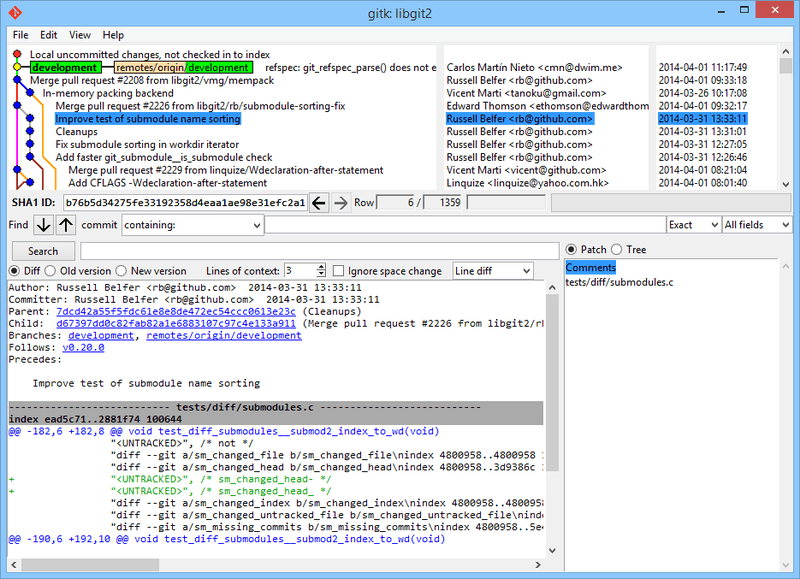 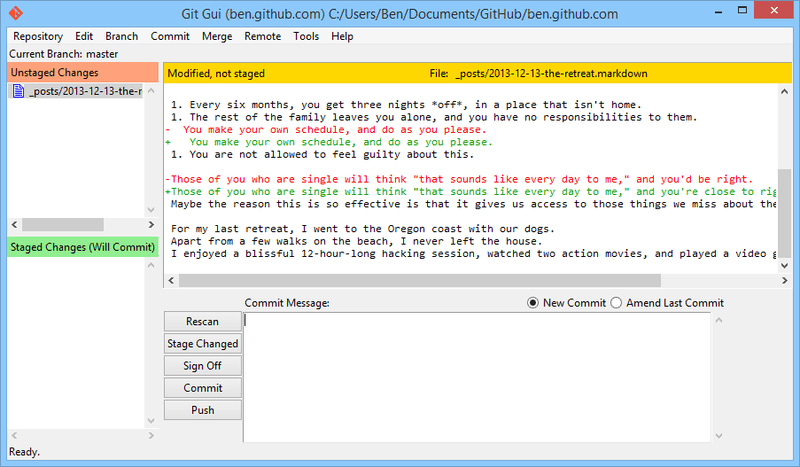 GitHub has created two workflow-oriented Git clients: one for Windows, and one for Mac. These clients are a good example of workflow-oriented tools – rathern than expose all of Git’s functionality, they instead focus on a curated set of commonly-used features that work well together. They look like this: 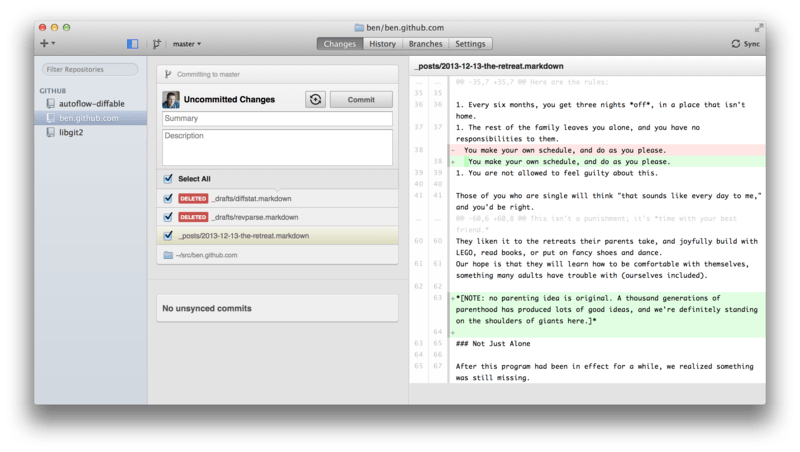 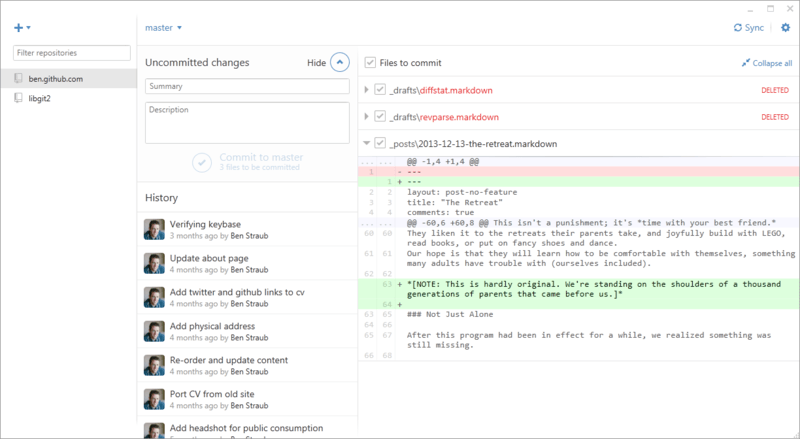